IT started as flower power — now a water purification system is ridding a hospital of legionella bacteria and slashing power bills in the process. 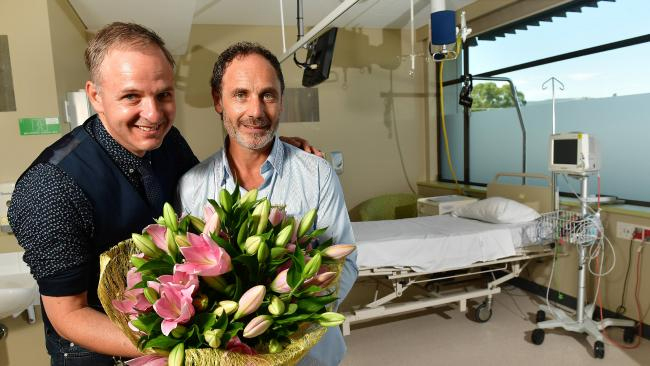 A trial of the Ecas4 water treatment system at North Eastern Community Hospital has virtually eliminated legionella bacteria in their pipes and cut their gas bill by $7000 a month.

Tony Amorico, of Tony’s Flowers, started using the Italian system to extend the shelf life of his flowers, using it in farms and greenhouses to kill bacteria in water.

The system uses an electrochemical process to destroy the organic biofilm habitat of bacteria — including the legionella bacteria — leaving a potable water product.

When a friend of Mr Amorico’s died of a bacterial infection in a public hospital, he decided to try to have it tested in health care through his company Ecas4 Australia.

He said chlorine and high water temperatures were traditionally used to kill it.

“It came out of a bit of random conversation about Tony’s use of the system to attack the biofilm habitat of the bacteria,” Mr Williams said.

“It was working for him with better quality and longer lasting flowers so we decided to trial it here — we may be a small hospital but we are innovative.

“We had low legionella counts which were not a risk but anything we can do to improve safety is worth looking at so we became the first hospital in Australia to trial it. Our count is now virtually at zero.”

The change has allowed the hospital to reduce its hot water temperature of about 80C down to about 60C, which lessens the chance of scalding.

It has also reduced the hospital’s gas bill by about one-third. The trial ends in May and will be independently evaluated by UniSA.

Mr Williams said he was thrilled North Eastern Community was the first hospital in Australia to implement the technology.

“We offer the safest and cleanest water of any hospital in Australia,” he said.

“The simplest way to describe the process is to say the end product is 99.5 per cent water anolyte which is a derivative of water that has been electrochemically produced,” he said.

“You can brush your teeth in it, shower in it, drink it.”

Mr Amorico is speaking to other hospitals about using it and also has plans to use it to extend shelf life for foods such as fruit and fish.