This article reports on a successful Legionella risk mitigation in an Australian healthcare facility following the installation and optimisation of an on-site electrochemical water disinfection system (Ecas4 technology). 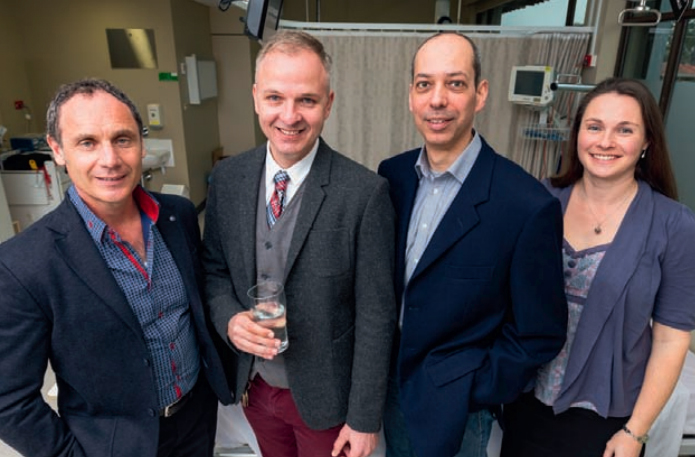 In May 2016, an in-line Ecas4 water disinfection system (WDS) was installed at the North Eastern Community Hospital (NECH) in Adelaide, where microbiological water quality monitoring had indicated systemic Legionella contamination of the water distribution system.

Installation was preceded by baseline sampling of the tap water throughout the hospital, and of the biofilms on the internal surfaces of copper and plastic water distribution pipes, in order to determine the initial contamination level and facilitate appropriate verification monitoring of the disinfection process and other water management activities. Total microbial counts and Legionella plate counts (Legionella pneumophila serogroups and other Legionella species) were conducted by a NATA-Legionella laboratory used by the hospital for regular monitoring, while complementary diagnostic and verification monitoring was carried out by researchers at the University of South Australia.

As proven by the hospital’s regular NATA-accredited testing laboratory using the heterotrophic colony count (HCC) and the Legionella plate count methods, the water quality throughout the system consistently improved by the third post-installation sampling event (Day 22 post installation), with no sample points returning positive Legionella plate counts since that time.

The positive effect on the water quality following installation of the WDS was further confirmed by Legionella qPCR analysis, a method that is very specific to Legionella species as it directly targets a DNA sequence that is characteristic of these bacteria. In this case study, the qPCR data (which are expressed in genomic units per mL of water, Figure 1.) show very clearly that the Legionella counts (from the same 11 rooms sampled repeatedly throughout the case study) decreased significantly following installation of the Ecas4 in-line dosing system. 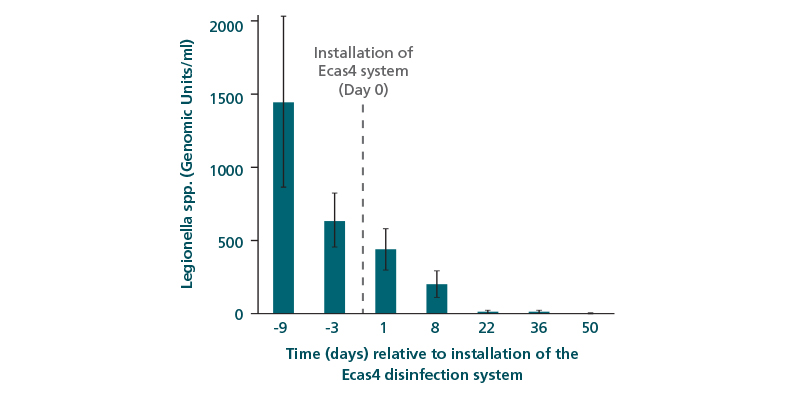 Figure 1. DNA-based Legionella species quantification data for water sampled from the hot water taps of basins in 11 hospital rooms; the same 11 basins were sampled on each occasion.

The large error bars on the baseline samples to the left of the graph indicate the extremely variable water quality that was typical in this water distribution system prior to the installation of the WDS. This is common under such conditions as the water quality can vary significantly depending on the length of time since the tap was last used.

The improvement in water quality illustrated in Figure 1. is linked to the establishment of increased chlorine residual in the water supply network as a result of the anolyte dosing.

Although potable water suppliers in Australia aim to deliver a suitable chlorine residual for disinfection purposes, this varies between buildings depending on their distance from the treatment plant. Moreover, on-site water management within healthcare facilities may inadvertently exacerbate this situation (eg, water softeners, often installed with the intention of improving water quality, also remove active chlorine present in the system, thereby adding to the challenge of maintaining adequate microbiological quality in the water supply).

By adding the Ecas4-Anolyte, a significant improvement in chlorine residual is readily obtained, although it take time for free chlorine levels to stabilise throughout the system.

As HOCl is uncharged and has a relatively low molecular weight, it is better able than other chlorine species such as OCl- to penetrate cell walls. It also reacts more rapidly than other chlorine species, in both oxidative and substitution reactions, with organic matter, including critical components of bacterial cells. In contrast with other biocides (eg, chlorine dioxide, which is often considered the most powerful disinfectant), hypochlorous acid is more likely to oxidise the polysaccharides that constitute biofilms and may help decrease this ongoing source of microbial contamination within the pipe network.

Water management optimisation at this facility is ongoing, and the next steps will include the treatment of cooling towers. At present, the Ecas4 WDS has allowed the hospital to reduce its hot water temperature from about 80°C down to about 60°C, allowing savings in the hospital’s gas bill by about one third (about $7000 a month).