The Ecas4 Anolyte: An Aspecific disinfection approach that mirrors the immune defence system of vertebrates

About four billion years ago, life arose: simple microorganisms with the ability to extract energy from organic compounds or from sunlight, which they used to make a vast array of complex biomolecules from the simple elements and compounds on the Earth’s surface.

The remarkable properties of living organisms arise from the thousands of different lifeless biomolecules. When these molecules are isolated and examined individually, they conform to all the physical and chemical laws that describe the behavior of inanimate matter.

The smallest organisms consist of single cells and are microscopic. Larger, multicellular organisms contain many different types of cells, which vary in size, shape, and specialized function. Despite these obvious differences, all cells of the simplest and most complex organisms share certain fundamental properties, which can be seen at the biochemical level. 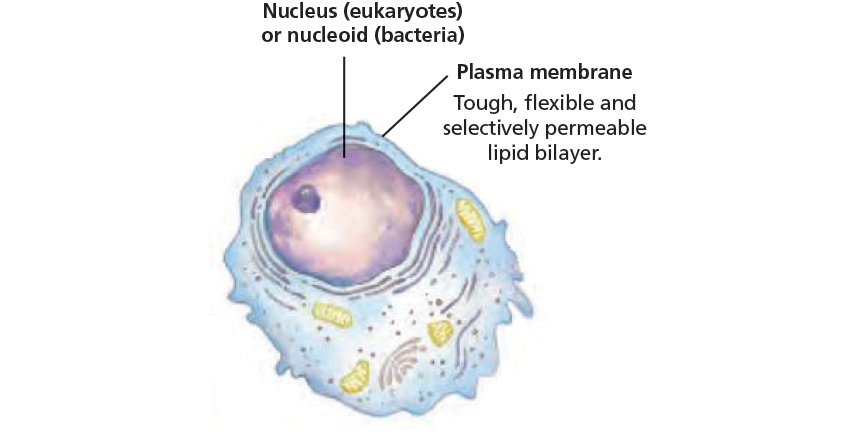 All living cells have either a nucleus or a nucleoid, a plasma membrane, and cytoplasm. The plasma membrane defines the periphery of the cell, separating its contents from the surroundings. It is composed of lipid and protein molecules that form a thin, tough, pliable, hydrophobic barrier around the cell. The membrane is a barrier to the free passage of inorganic ions and most other charged or polar compounds.

The organic compounds from which most cellular materials are constructed represent the ABCs of biochemistry. Shown here are six of the 20 aminoacids from which all proteins are built (the side chains are shaded blue). Likewise, nitrogenous bases (adenine, guanine, thymine, cytosine and uracil) are the important components of nucleic acids. 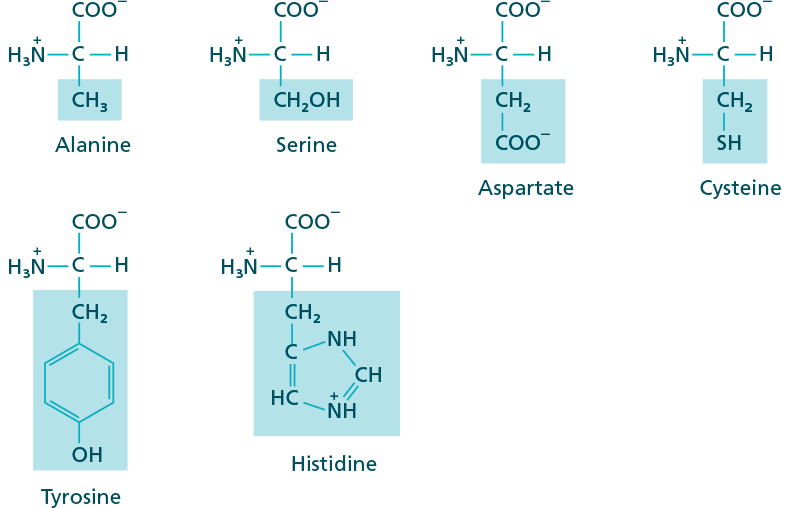 Figure 1: Six of the 20 aminoacids from which all proteins are built with side chains highlighted.

Independently of the complex structure of the cell, the monomeric units are relatively simple molecules. In addition, most of them are characterized by the presence of specific groups (amino, –NH², and thiol, –SH), which are sensitive to oxidation reaction.

Most disinfectants or biocides exert their action by damaging the cell membrane; in alternative, some neutral molecules can pass across the membrane and act against internal cell components.

Notwithstanding their effectiveness, disinfectants are often criticized for possible side effects: formation of byproducts, but also induced resistance.

The Ecas4 approach was inspired by observing how the immune system of vertebrates (the most developed living organisms) works. Nonspecific immunity is substantially based on the activity of neutrophils and macrophages leucocytes, which engulf foreign cells. Of great importance is the action of myeloperoxidase (MPO), an enzyme that produces hypochlorous acid (HOCl) from hydrogen peroxide (H²O²) and chloride anion (Cl¯), during the neutrophils’ respiratory burst.

Hypochlorous acid possesses a particularly effective cytotoxic activity. Contrary to other forms of so-called active chlorine (i.e., hypochlorite and gaseous chlorine), the HOCl molecule is rather unstable, and cannot be stored and used at request. To produce it, the easiest and safest synthetic path is electrochemical production, through electrolysis of a brine solution. 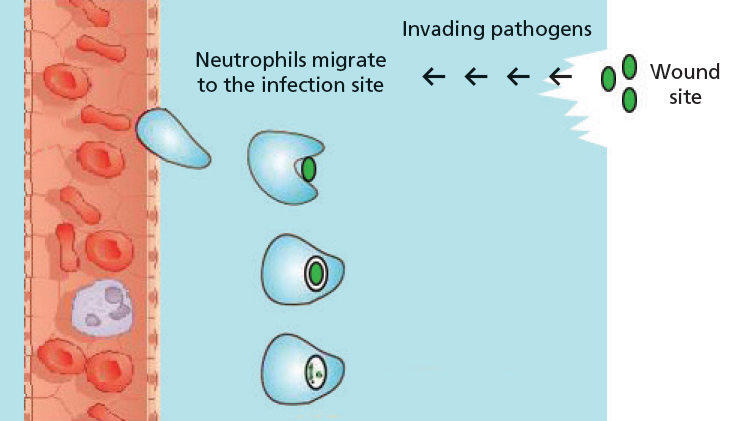 Various approaches exist, which are all based on electrochemical cells, provided with or without a separator to avoid reaction or decomposition of products synthesized at the anodes upon contact with the cathodes. Only a few of them allow the synthesis of a biocide solution under well-controlled and reproducible conditions, and the number of useful devices is further reduced when the constraint of a product with a neutral pH is introduced. The latter is important, since it is linked with the reactivity of the active ingredient and of related chemical equilibria (i.e., conversion of the active chlorine to chlorite and chlorate). In addition, a neutral pH is safer for both the user and the target applications (e.g., minimization of corrosion problems).

To meet with the above requirements, Ecas4 has developed and patented a technology that relies upon a reactor with four chambers (European Patent n. 1969159 B1). The approach represents an optimization of the technology for electrochemical activation of water originally proposed by the Russian school (V.M. Bakhir and coworkers), for the production of the so-called anolyte: a solution containing hypochlorous acid.

With a second patent application (Australian Patent n. AU 2009315640 B2; Intern. Pat. Appl. n. WO 2010/055108 A1), the technology has been further improved, borrowing the zero-gap principle, i.e. with electrode in direct contact with the separating membrane, from the fuel cell and chlor-alkali industries. This allows to reduce the salinity of the diluted brine (with benefits in terms of stability of the anolyte and minimization of non-active chemicals), while reducing the possible heating due to ohmic drop (in general, heat is deleterious, both from a chemical point of view as for the stability of the electrodes and of the membrane).

The Ecas4 reactor mirrors our body’s defense system, allowing the synthesis of hypochlorous acid, a non-toxic, non-corrosive and non-hazardous active ingredient that can be used for a number of applications: disinfection of potable water; eradication of microorganisms from water networks; disinfection of surfaces and environments (when applied as a fog).

The Ecas4 anolyte has no synthetic chemical residues, and it is effective in removing biofilms from water pipes or tanks. The Australian Water Quality Centre has recently verified Ecas4 efficacy and compliance within drinking water standards (AS/NZS 4020).

The Ecas4 technology has been widely adopted for solving problems related to Legionella, in Europe (Italy, Germany, Spain and Slovenia), and it is now available in Australia. Noteworthy, the Legionella detection limits in Australia are not as rigorous as the European standards!

This article was featured in The Australian Hospital Engineer Journal, Summer 2014 (pg 44-45)